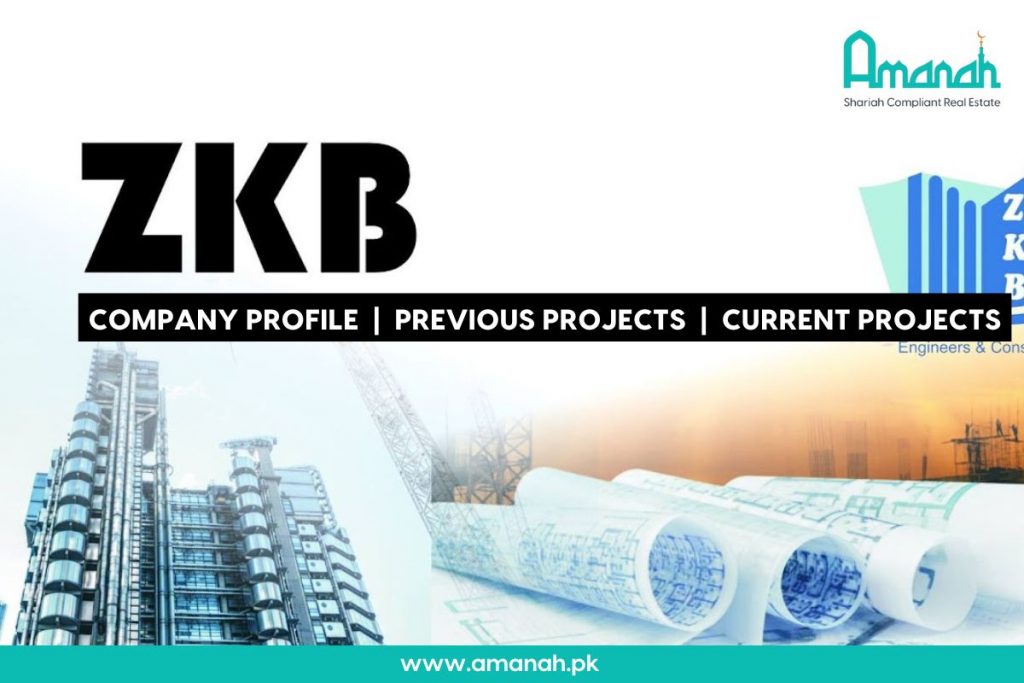 ZKB Developers has developed successful projects including Motorways (Peshawar-Karachi), Metro Buses (Multan & RWP-ISL), and Interchanges (Koral, Sohan, etc). They are in the market for more than 40 years and now their current project is Avalon City Islamabad which is located on Main Chakri Road.

It is a construction and development company developing several successful projects and they have already delivered outclass construction masterpieces. ZKB stands for Zahir Khan and brothers. At the commencement time, they started the business execution in Balochistan only but with time they expanded their services in the whole country. All this happened over four long decades due to consistent learning and improvement in performance. Now the company is known to be one of the top real estate organizations in Pakistan.

Introduction to ZKB Engineers and Constructors

ZKB Engineers and Constructors have played their role in empowering Pakistan in many dimensions. The ultimate goal of the company is to improve the living standards of citizens concerning all primary and extraordinary facilities. It has been working for over 40 successful years. They are working on a total of 152 construction projects including completed and under construction real estate schemes, properties, and buildings.

Vision and Mission of ZKB Engineers and Constructors

The vision of any business organization helps it conquer all its goals and missions day by day. To stay in a leading real estate position the company has proven itself to provide a quality standard to its valued clients. The clients have shown a persistent preference for ZKB Engineers and Constructors because of their trust and confidence in the organization. All this became possible because of missions and targets they succeeded to achieve in daily life. The mission is to provide global infrastructure standards, outclass living experience, and ultimate satisfaction. The senior management is constantly on the urge to provide quality construction and consultancy services to its customers.

Business of ZKB Engineers and Constructors

As mentioned above, ZKB Engineers and Constructors is a top-notch development company. Its business operations majorly include construction, engineering, and consultation. The timely and quality delivery of projects make it a trusted company for its clients like NESPAK Foundation, NHA, Lahore Development Authority (LDA), and the Government of Punjab.

The efforts of the company are going to bring a fruitful future ahead. ZKB has also partnered with other renowned companies partner companies, such as; Limak, Usmani Associates, Reliable, Frontier Works Organization, PAK STEEL, and SMC.

Achievements of ZKB Engineers and Constructors

ZKB Engineers and Constructors illustrates a high and true standard of Pakistan’s infrastructure. Its Chief Executive Zahir Khan is seen at many big events to celebrate the prestigious achievements of the company. The quality and efforts they put into the work make them unique and special from other developing companies. That is why the company won a Gold Medal for providing exceptional services in the real estate sector of Pakistan. All the famous projects like Peshawar-Karachi Motorway Project, Hasanabdal to Havelian (E-35), Rawalpindi-Islamabad Metrobus, Islamabad Expressway Koral Chowk, Sohaan Interchange Project, CPEC-IV, and Multan Metro Bus Project.

ZKB Developers have achieved a great name in the real estate industry and have completed 152 successful projects. Here are the details of some famous projects by the developers.

Avalon City Islamabad is the first housing scheme built by ZKB Engineers and Constructors. It is a huge housing society in the vicinity of Islamabad. It is located on the prime location of Chakri Road and provides the nearest access to the Chakri Interchange. The developers have used out-class building and construction methods to get luxurious results. The society has all sorts of basic and duplex amenities along with an affordable range of residential and commercial plots. Every project in a society like a mosque, commercial complex, sports area, parks, and infrastructure depicts a highly professional team working behind it.

There are some exceptional amenities presented by the ZKB Engineers and Constructors, which are; botanical gardens, electric bus service, free wifi, electric bikes, automated street lights, and 24/7 power backup.

The Rawalpindi to Metro bus is an 83.6 km bus rapid transit system located from Islamabad to Rawalpindi. Covers all the routes of twin cities in the shape of four major routes. Its construction work started in February 2014 and it was completed in June 2015. ZKB Engineers and Constructors were one of the top developers who contributed to the construction of the metro bus project. They worked majorly on the routes of Rawalpindi from Saddar to Committee Chowk. All the development details were taken into account while executing the strategies mentioned by Rawalpindi Development Authority.

Peshawar to Karachi Motorway is a world-class project delivered by ZKB Engineers and Constructors. It has 6-lane access from the routes of Peshawar to Karachi. The toll facility of the motorway is provided from Karachi through motorway M-9 to Hyderabad. The length of this motorway is up to 136 km. ZKB Engineers and Constructors worked seamlessly in this Public Private Project (PPP) to illustrate the true and developed picture of Pakistan.

E35 expressway, also known as M-15 Motorway, covers an area of 180 km starting from Hasanabdal to Havelian. It links the Burhan Interchange near Hasan Abdal(Punjab) with Haripur, Havelian, Abbottabad, Mansehra, Shinkiari, and Thakot (KPK). Along with other appointed developers, ZKB Engineers and Constructors helped build the motorway by using their latest technology and methods and provided us with high-standard infrastructure.

Islamabad Expressway Koral Interchange provides a formal entrance to Islamabad through various parts of other provinces. The construction of the Koral Interchange was needed to control high traffic flow towards the capital and Rawalpindi. The CDA ordered work on Koral Interchange and its construction tender was allotted to ZKB Engineers and Constructors. The developers worked day and night to meet the requirements of authorities and their work on the site is highly appreciated by the Federal Government and CDA.

Sohaan Interchange on Islamabad Expressway became operational in 2018. It is a signal-free route from zero point to Koral Chowk and after that Koral Interchange starts. It was completed at PKR 70 million and PKR 400 had been reserved for the renovation of the service road from Faizabad to Koral Interchange. CDA took the responsibility to get the budgeting done and gave the construction responsibility to ZKB Engineers and Constructors. Here again, the developers did not disappoint the authorities and fulfill their job in a dignified manner.

Multan Metro Bus is a bus rapid transit system started to facilitate the citizens of Multan. Its operations began on 24 January 2017. This BRT system is diversified to 21 stops starting from Bahauddin Zakariya University Terminal and ending at Kumharanwala Chowk Terminal. It has 14 elevated and 7 ground-level stations. ZKB Engineers and Constructors got the project construction responsibility from MDA. It managed to build the stations they were assigned for. The higher authorities appreciated the work of the constructors and showed interest in future projects also.

In short, we can say that ZKB developers have a strong profile of successfully delivered projects in the past. Right now they have put their hands in Avalon City Islamabad, which guarantees that Avalon City will also be a successful hit, like their previous ones.

Amanah.pk is an authorized sales partner of Avalon and this makes us capable of offering you 100% authentic deals, with best rates, in Avalon City Islamabad.

Contact us on UAN 0331 111 0737 for booking and more details regarding Avalon City Islamabad. 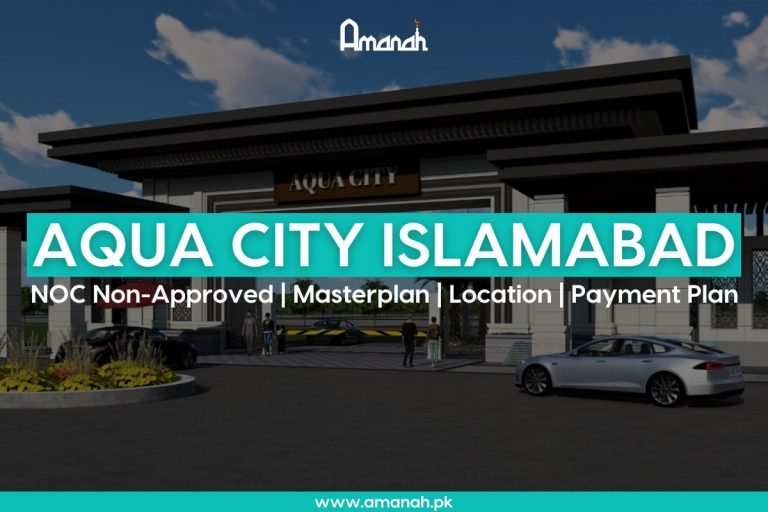 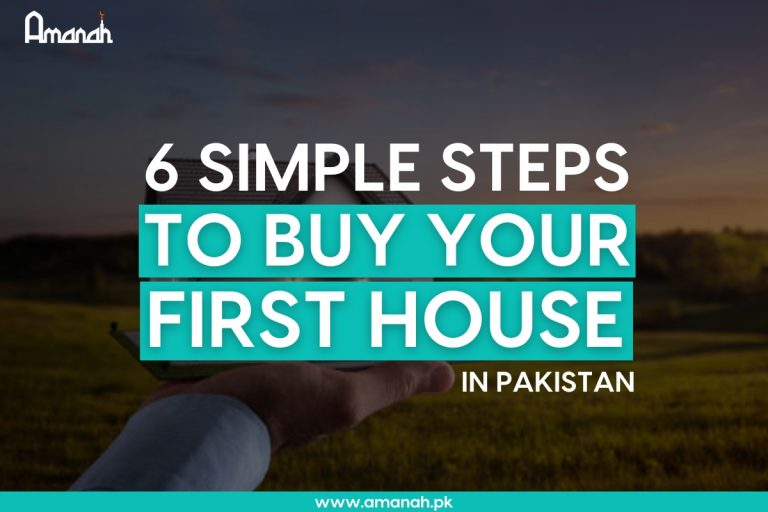 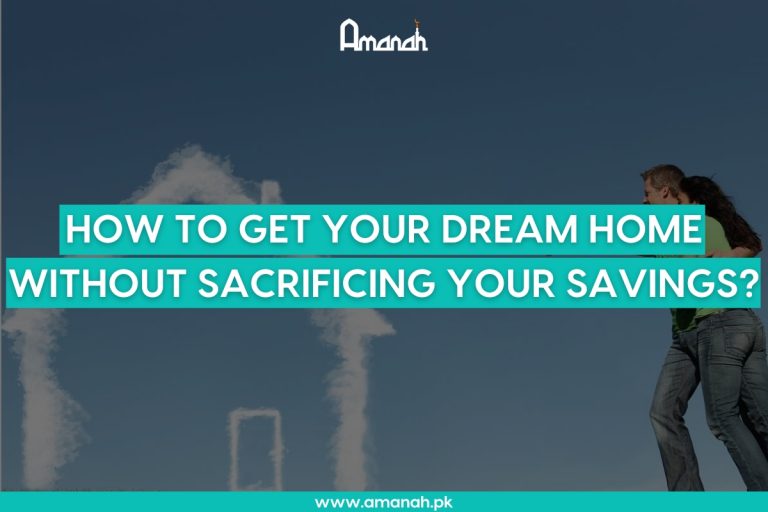 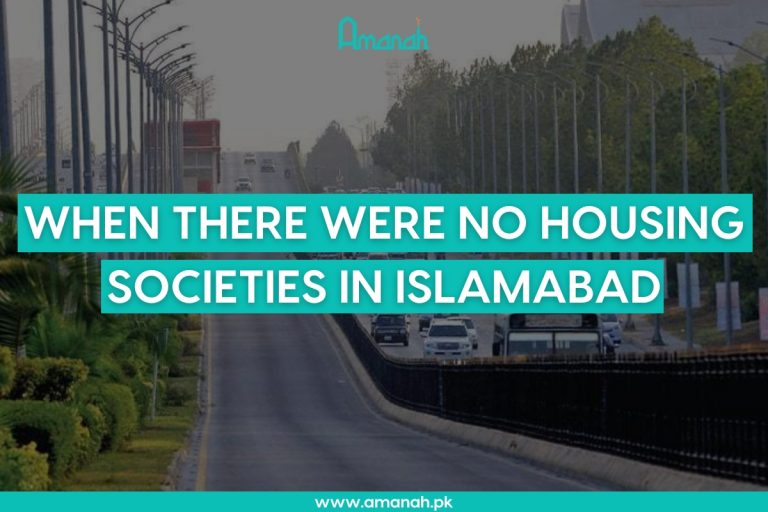 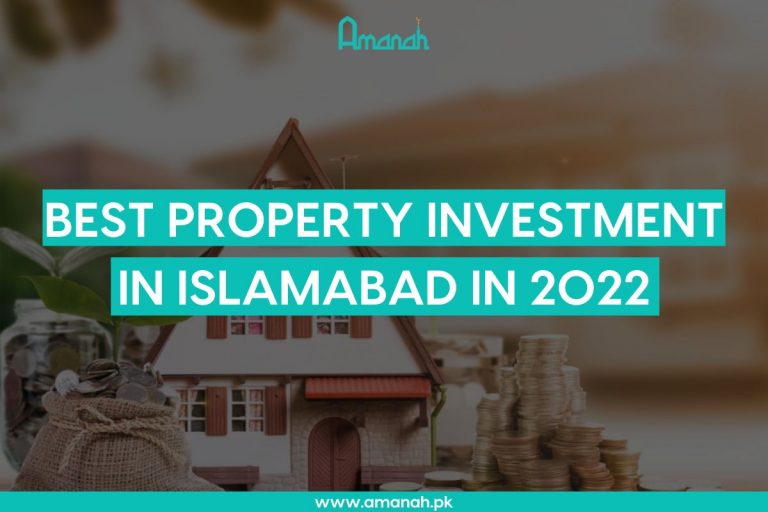 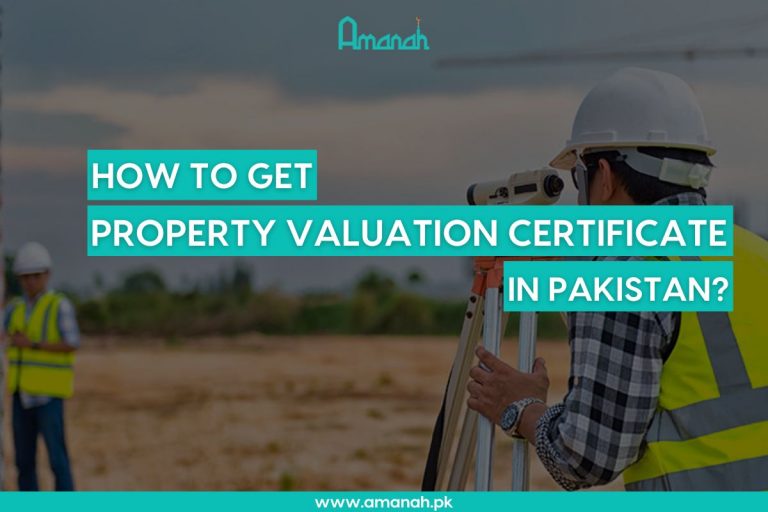 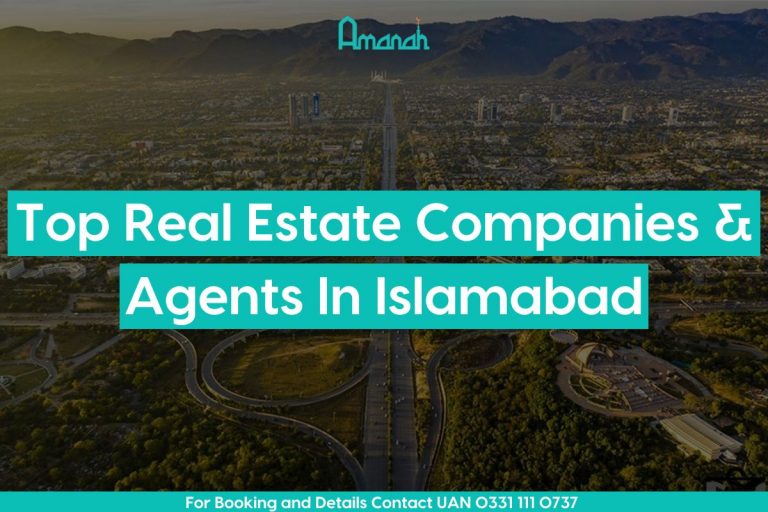 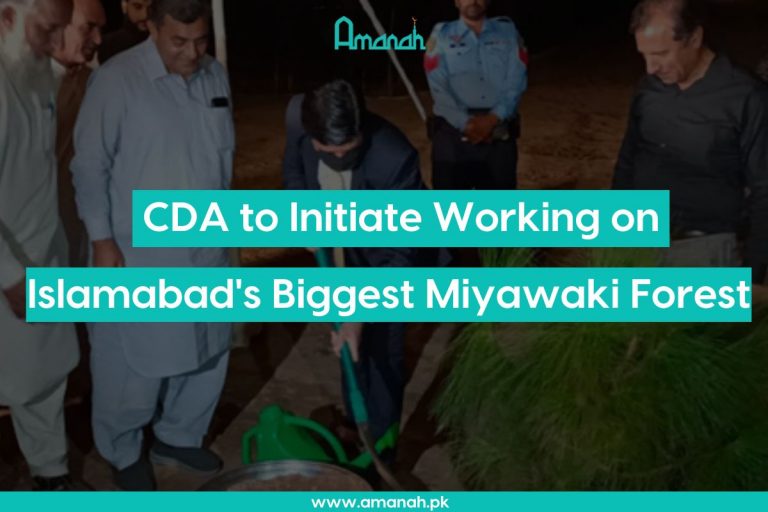 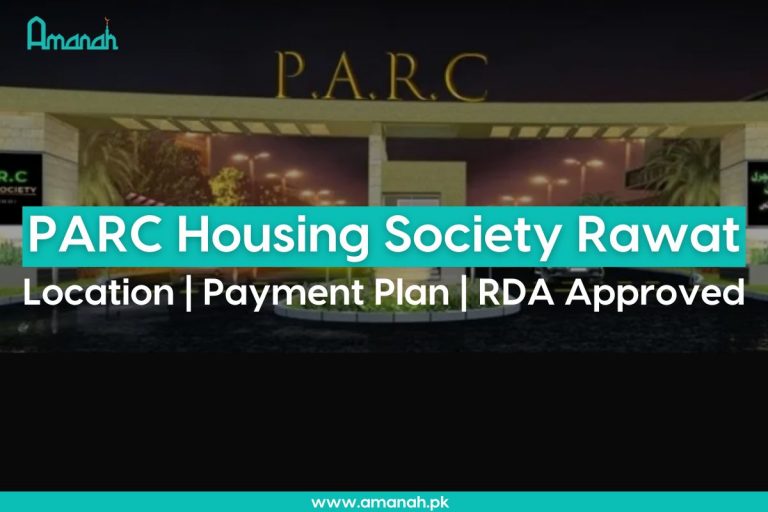 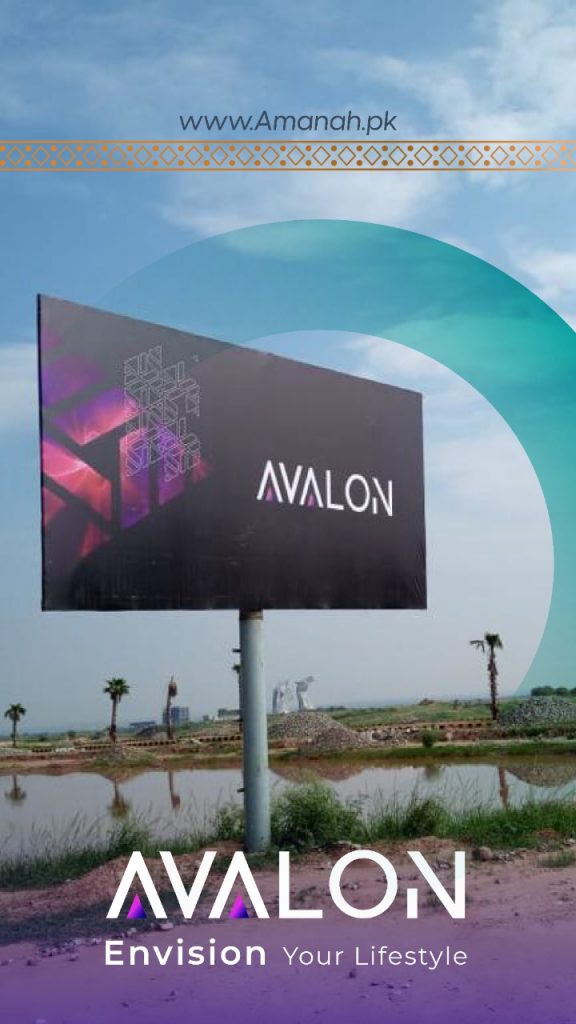